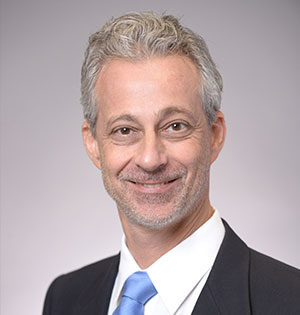 Dr. Jonathan Richter is a skilled dual trained holistic periodontist (gum disease specialist), prosthodontist (an expert in restoring teeth), and an expert in implant dentistry. He is one of only a few in the tristate area. He received his degree at NYU School of Dental Medicine and studied three additional years at the University of Pennsylvania’s prestigious Periodontic/Prosthodontic Program, earning a degree in Periodontics, Periodontal Prosthesis, Fixed Prosthodontics, and Implantology.

As both an integrative periodontist and prosthodontist, Dr. Richter believes in a total preventive wellness approach. Unlike most practitioners, Dr. Richter believes that all measures should be taken to save the natural tooth. His conservative approach is able to save most teeth that other dentist would extract. As an integrative dentist, he uses a holistic “natural” approach to periodontics, general, cosmetic, restorative, and implant dentistry.

He follows the IAOMT protocol for the safe removal of mercury amalgam fillings. His office environment and practices are consistently reviewed and updated as needed to provide a safe, healthy space for his patients, especially those with multiple chemical sensitivities, chronic diseases, and environmental illnesses.

Dr. Richter is respected in his field of dentistry. He is sought out by many legal firms, seeking his professional opinion and testimony as a dental expert. He has appeared on all major local news station channels including CBS, NBC, FOX, and ABC. He also writes for Natural Awakening Long Island Magazine and other various print and news media articles.

He is also associated with various dental societies including:

As a distinguished member of the Academy of General Dentistry, he received the honor of Fellow in July of 1992. This honor is an indication of Dr. Richter’s dedication to continued dental education and inspiration to other dentists while stressing the importance of quality and personalized patient care.

In his spare time, he is involved with many humanitarian and educational efforts such as: